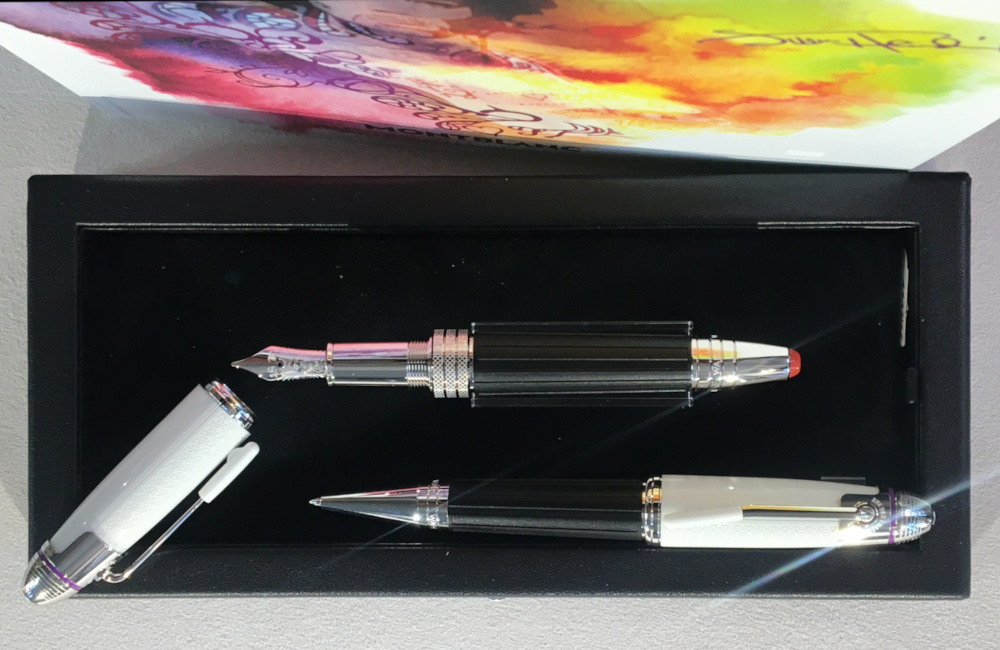 Montblanc pays tribute to Jimi Hendrix, one of the most famous musicians of the 20th century and one of the most influential guitarists in the history of pop music. The eggshell white of the precious resin cap and the engraved pattern are inspired by one of the guitar straps worn by Jimi Hendrix. The black body, on the other hand, is adorned with an elegant pattern and is reminiscent of a wah-wah pedal. The platinum-plated clip is angled and shaped like the tremolo of an electric guitar. Another outstanding detail is the platinum-plated cap ring, inspired by a 1960s guitar cable and adorned with the engraved date of a famous Jimi Hendrix concert. The handmade nib in rhodium-plated 585 solid gold features a portrait of Jimi Hendrix.

To match the fountain pen, Montblanc offers a biro a la Jimi Hendrix. Here, too, you will find the beautiful details in the cap, including the engraved pattern in the style of his guitar straps, which Jimi Hendrix wore. The Montblanc emblem in the cap top is made of precious resin. 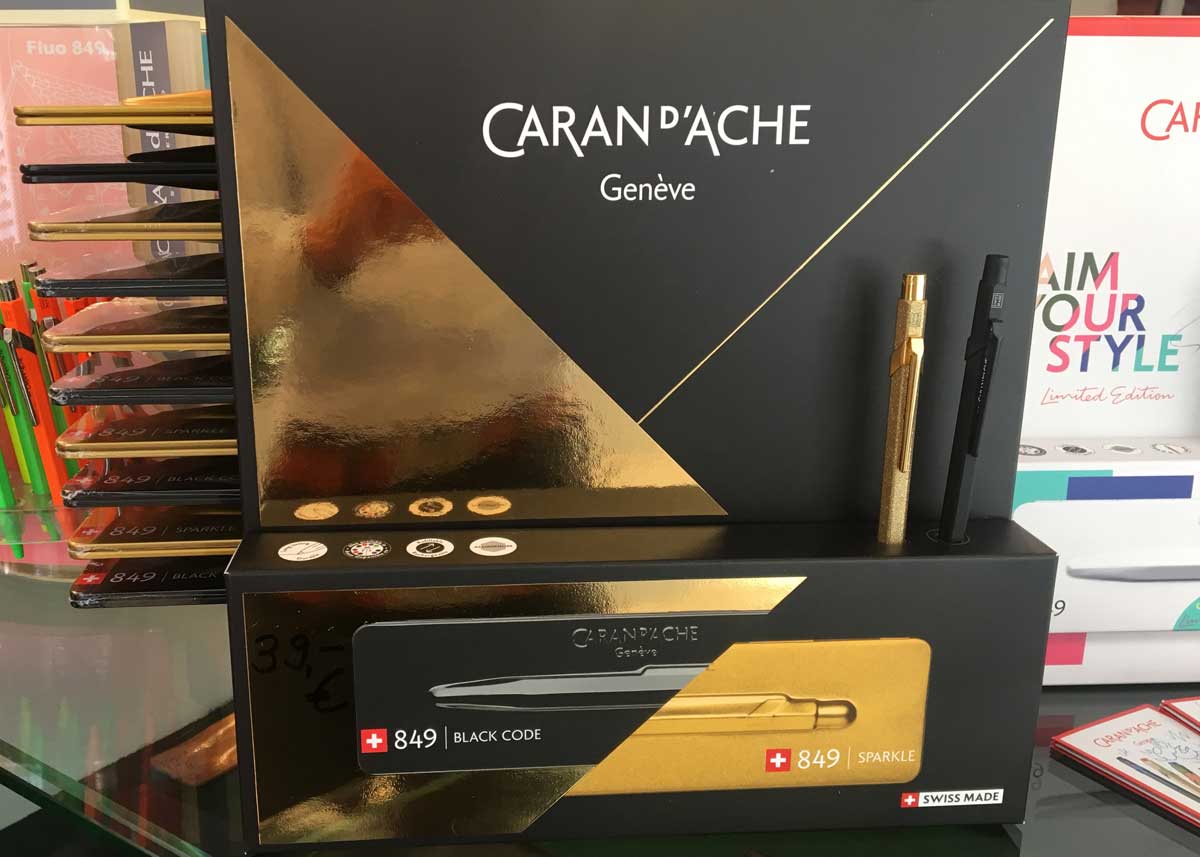 On the occasion of the festivities at the end of 2019, Caran d’Ache’s collection “Give a little joy” evokes childhood memories. Jump quickly onto the magic carousel of Caran d’Ache products! We will put you in a festive mood and make the eyes of young and old shine. 849 also presents itself in its festive robe for Christmas.

With its glittering shaft and gold-plated attributes, the 849 Sparkle adds a touch of glamour to the end of the year.Shaft: Hexagonal shaft made of light, robust aluminium – Golden sequin finish – Clip and button: gold-plated (2 to 3 microns gold)Caran d’Ache – Sparkle – Etui

With its hexagonal shape and extremely comfortable dimensions, the 849 ballpoint pen is a classic and a true landmark of the Maison Caran d’Ache at first sight. Dedicated to the norms of good industrial design and an awareness of ergonomics, the purist 849 is the source of a continual style development that nevertheless relies on continuity. Caran d’Ache has repeatedly created this classic in wonderful colour variations. We find the colours for spring/summer 2019 very successful. And yes, here too the very good Caran d’Ache mine is inherent.