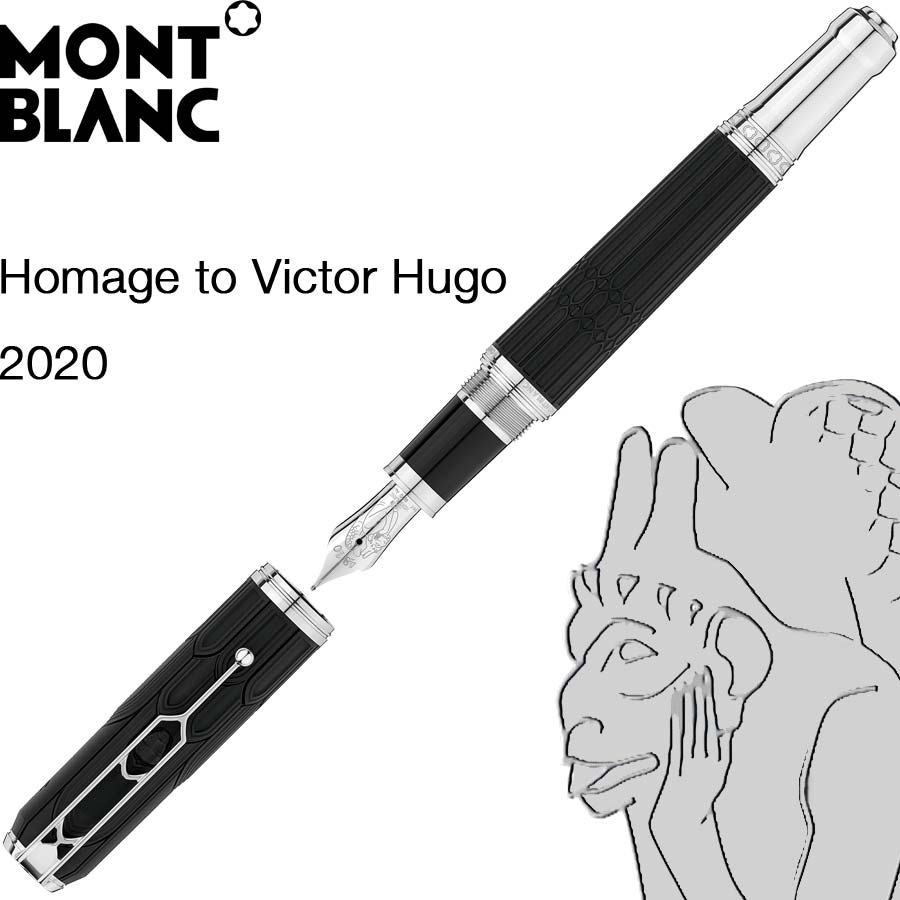 Victor Marie Hugo (1802-1885) was a French writer, poet and dramaturg of the romantic period. He counts among the greatest and most famous French authors. He became famous through his works “Les Misérables” and “Notre-Dame de Paris”.

In 1841, Victor Hugo was accepted into the Academy française, which recognized his rank in the French art and literature world.

Although he was best known for his novels, Victor Hugo also wrote numerous poems, including “Les Contemplations”. He also created over 4000 drawings during his lifetime.

Montblanc dedicates his Homage 2020 to Victor Hugo and his many and varied works. To this end, Montblanc attempts to combine the spirit of a great thinker and the symbol of Paris, Notre Dame, the central point of one of his major works. The Gothic arches of Notre-Dame are found on the body of the fountain pen, but also on the other writing instruments. Look at Jean Valjean looking out from behind the clip. His protagonist from the novel “Les Misérables”.

On the 750 gold nib of the fountain pen, which, like all metal surfaces, is platinum-plated, there is an engraving of a water reservoir (gargoyle) of Notre Dame.

All those who like fountain pens exclusively can take a look at the strictly limited edition of 1831 pieces of the fountain pen, in completely platinum-plated surface with red lacquer inlays. 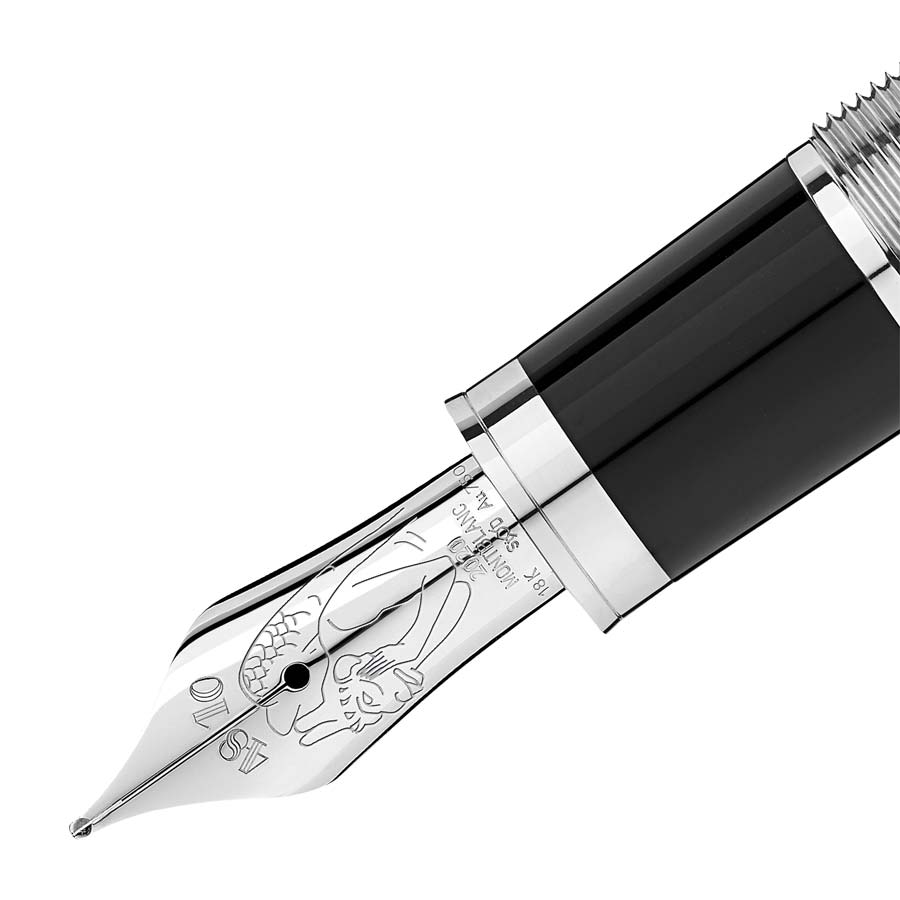