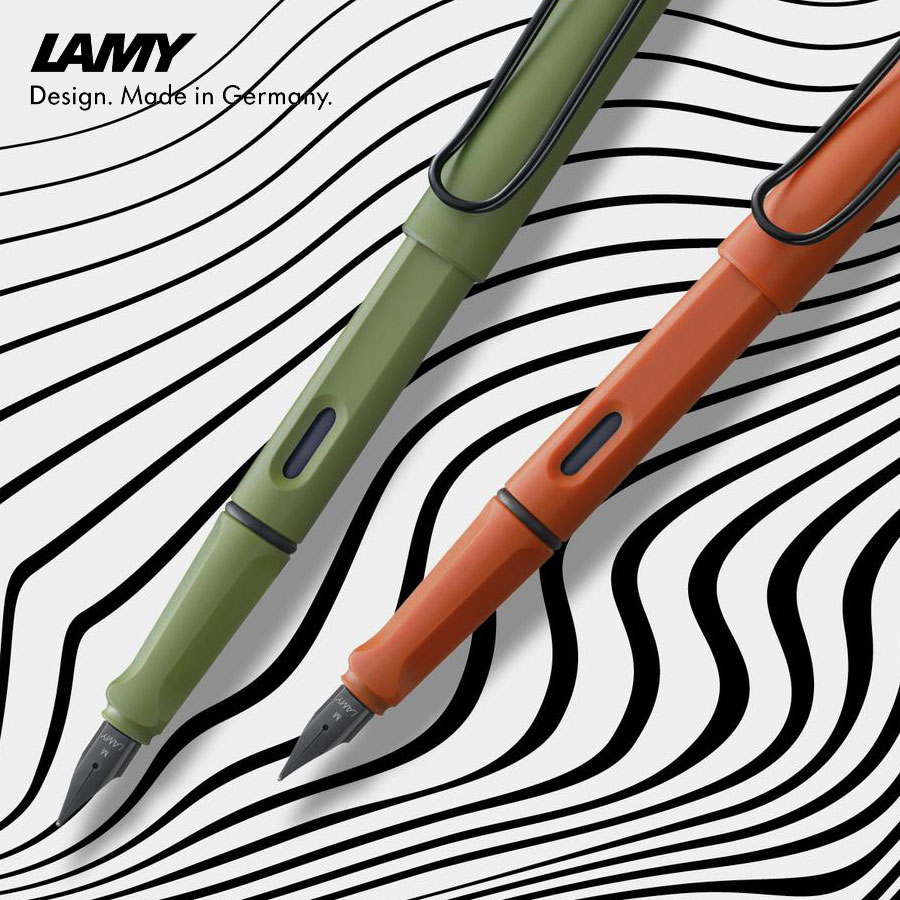 LAMY safari savannah green & terra red – More than 40 years ago, the first two LAMY safari fountain pens saw the light of day and quickly “wrote themselves” into the hearts of our customers.

Many attractive colors, timeless design, perfect ergonomics – these are the reasons that make the LAMY safari one of the most popular writing instruments for young people worldwide. In addition, it is above all the annual Special Editions with which the LAMY safari delights time and again.

In 2021 it is the Origin series in the colors savannah green and terra red.

Made of robust ABS plastic with steel nib. Pleasant to hold thanks to distinctive recessed grips. With large capacity ink cartridge T 10 blue.

The Limited Edition Perfect Pencil for the 260th anniversary of Faber-Castell is a tribute to the core competence of the company: lead writing. The centerpiece from the world of lead writing is the Perfect Pencil.

The end cap of the all-rounder is crowned by a faceted green jade stone. 12 stylized pencils are engraved on the extender as a reference to the CASTELL 9000. The edition comes with a high-quality wooden box with a certificate attesting to the limited edition.

And for those who are already looking forward to spring, or just want more color, we also have wonderful colorful perfect pencils in the regular collection.